This blog inspired by…

Virology Down Under, Try It!

I am an Italian blogger, active since 2005 with main focus on emerging infectious diseases such as avian influenza, SARS, antibiotics resistance, and many other global Health issues. Other fields of interest are: climate change, global warming, geological and biological sciences. My activity consists mainly in collection and analysis of news, public services updates, confronting sources and making decision about what are the 'signals' of an impending crisis (an outbreak, for example). When a signal is detected, I follow traces during the entire course of an event. I started in 2005 my blog ''A TIME'S MEMORY'', now with more than 40,000 posts and 3 millions of web interactions. Subsequently I added an Italian Language blog, then discontinued because of very low traffic and interest. I contributed for seven years to a public forum (FluTrackers.com) in the midst of the Ebola epidemic in West Africa in 2014, I left the site to continue alone my data tracking job.

QR Code for this site

Despite the uncontrolled distribution of the Influenza A virus through wild birds, the detection of canine influenza virus and equine influenza virus in Mexico was absent until now. Recently, outbreaks of equine and canine influenza have been reported around the world; the virus spreads quickly among animals and there is potential for zoonotic transmission.

Amplification of the Influenza A virus matrix gene from necropsies, nasal and conjunctival swabs from trash service horses and pets/stray dogs was performed through RT-PCR. The seroprevalence was carried out through Sandwich enzyme-linked immunosorbent assay system using the M1 recombinant protein and polyclonal antibodies anti-M1.

The matrix gene was amplified from 13 (19.11%) nasal swabs, two (2.94%) conjunctival swabs and five (7.35%) lung necropsies, giving a total of 20 (29.41%) positive samples in a pet dog population. A total of six (75%) positive samples of equine nasal swab were amplified. Sequence analysis showed 96-99% identity with sequences of Influenza A virus matrix gene present in H1N1, H1N2 and H3N2 subtypes. The phylogenetic analysis of the sequences revealed higher identity with matrix gene sequences detected from zoonotic isolates of subtype H1N1/2009. The detection of anti-M1 antibodies in stray dogs showed a prevalence of 123 (100%) of the sampled population, whereas in horses, 114 (92.68%) positivity was obtained.

The results unveil the prevalence of Influenza A virus in the population of horses and dogs in the state of Nuevo Leon, which could indicate a possible outbreak of equine and Canine Influenza in Mexico. We suggest that the prevalence of Influenza virus in companion animals be monitored to investigate its epizootic and zoonotic potential, in addition to encouraging the regulation of vaccination in these animal species in order to improve their quality of life. 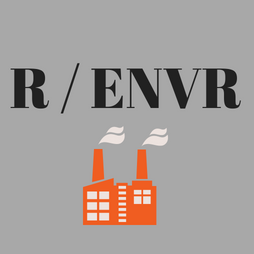 The aim of the study is to investigate the potential relationship between exposure to PCBs and cancer. In doing so we relied on a sample of dogs coming from a peculiar area of the Campania region (Italy), that has been suffering for illegal waste dumping and open air burning of plastic waste for many years. The latter determined the release of organic and inorganic pollutants, such as the PCBs. By comparing dogs with cancer and healthy dogs, we found much higher PCB concentrations in the former, with a significant difference (p < 0.05) for the non-indicator ∑10NDL-PCB and the DL-PCBs. A regression analysis, controlling for three potentially confounding factors, that are sex, age and weight, confirmed the higher ∑10NDL-PCB concentration in dogs with cancer. Hence, our evidence suggests a potential health hazard for animals and likewise people living in a risky area due to the presence of environmental organic pollutants.

Influenza is a highly contagious zoonotic disease in the world. Avian H9N2 influenza virus is a significant pandemic pathogen widely distributed throughout the world. Pet ownership has been documented as a risk factor for infection transmission to human. Considering major public health concern, the prevalence of antibodies against avian H9N2 influenza virus was evaluated in 170 serum samples of dogs by hemagglutination inhibition assay. This study is the first survey to assess the epidemiology of avian H9N2 influenza virus infection in dogs in Kerman, southeast of Iran. Out of 170 samples, 65 (38.23%) were positive for H9N2. Antibodies were higher in farm dogs that were kept with other animals and also in dogs were fed a raw diet. These findings emphasize the importance of close attention to these populations for control and prevention programs. It is important to reduce infection burden, especially in regions with widespread distribution of H9N2.

H3N2 canine influenza viruses are prevalent in Asian and North American countries. During circulation of the viruses in dogs, these viruses are occasionally transmitted to cats. If this canine virus causes an epidemic in cats too, sporadic infections may occur in humans because of the close contact between these companion animals and humans, possibly triggering an emergence of mutant viruses with a pandemic potential. In this study, we aimed to gain an insight into the mutations responsible for inter-species transmission of H3N2 virus from dogs to cats. We found that feline CRFK cell-adapted viruses acquired several mutations in multiple genome segments. Among them, HA1-K299R, HA2-T107I, NA-L35R, and M2-W41C mutations individually increased virus growth in CRFK cells. With a combination of these mutations, virus growth further increased not only in CRFK cells but also in other feline fcwf-4 cells. Both HA1-K299R and HA2-T107I mutations increased thermal resistance of the viruses. In addition, HA2-T107I increased the pH requirement for membrane fusion. These findings suggest that the mutations, especially the two HA mutations, identified in this study, might be responsible for adaptation of H3N2 canine influenza viruses in cats.

Shedding of OXA-181 carbapenemase-producing Escherichia coli from companion animals after hospitalisation in Switzerland: an outbreak in 2018

Carbapenem-resistant Enterobacteriaceae pose a serious threat to public health worldwide, and the role of companion animals as a reservoir is still unclear.

This 4-month prospective observational study evaluated carriage of carbapenem-resistant Enterobacteriaceae at admission and after hospitalisation in a large referral hospital for companion animals in Switzerland.

Rectal swabs of dogs and cats expected to be hospitalised for at least 48 h were taken from May to August 2018 and analysed for the presence of carbapenem-resistant Enterobacteriaceae using selective agar plates. Resistant isolates were further characterised analysing whole genome sequences for resistance gene and plasmid identification, and ad hoc core genome multilocus sequence typing.

This study revealed nosocomial acquisition of Escherichia coli harbouring the carbapenemase gene blaOXA-181, the pAmpC cephalosporinase gene blaCMY-42 as well as quinolone resistance associated with qnrS1 and mutations in the topoisomerases II (GyrA) and IV (ParC). The blaOXA-181 and qnrS1 genes were identified on a 51 kb IncX3 plasmid and blaCMY-42 on a 47 kb IncI1 plasmid. All isolates belonged to sequence type ST410 and were genetically highly related. This E. coli clone was detected in 17 of 100 dogs and four of 34 cats after hospitalisation (21.6%), only one of the tested animals having tested positive at admission (0.75%). Two positive animals were still carriers 4 months after hospital discharge, but were negative after 6 months.

Companion animals may acquire carbapenemase-producing E. coli during hospitalisation, posing the risk of further dissemination to the animal and human population and to the environment.

© This work is licensed under a Creative Commons Attribution 4.0 International License.

Serological evidence of Ebola virus exposure in dogs from affected communities in Liberia: A preliminary report

Filoviruses such as Ebola virus (EBOV) cause outbreaks of viral hemorrhagic fevers for which no FDA-approved vaccines or drugs are available. The 2014–2016 EBOV outbreak in West Africa infected approximately 30,000 people, killing more than 11,000 and affecting thousands more in areas still suffering from the effects of civil wars. Sierra Leone and Liberia reported EBOV cases in every county demonstrating the efficient spread of this highly contagious virus in the well-connected societies of West Africa. In communities, canines are often in contact with people while scavenging for food, which may include sickly bush animals or, as reported from the outbreak, EBOV infected human bodies and excrement. Therefore, dogs may serve as sentinel animals for seroprevalence studies of emerging infectious viruses. Further, due to their proximity to humans, they may have important One Health implications while offering specimens, which may be easier to obtain than human serum samples. Previous reports on detecting EBOV exposure in canines have been limited. Herein we describe a pilot project to detect IgG-responses directed against multiple filovirus and Lassa virus (LASV) antigens in dogs from EBOV affected communities in Liberia. We used a multiplex Luminex-based microsphere immunoassay (MIA) to detect dog IgG binding to recombinant filovirus antigens or LASV glycoprotein (GP) in serum from dogs that were old enough to be present during the EBOV outbreak. We identified 47 (73%) of 64 dog serum samples as potentially exposed to filoviruses and up to 100% of the dogs from some communities were found to have elevated levels of EBOV antigen-binding IgG titers. The multiplex MIA described in this study provides evidence for EBOV IgG antibodies present in dogs potentially exposed to the virus during the 2014–16 outbreak in Liberia. These data support the feasibility of canines as EBOV sentinels and provides evidence that seroprevalence studies in dogs can be conducted using suitable assays even under challenging field conditions. Further studies are warranted to collect data and to define the role canines may play in transmission or detection of emerging infectious diseases.

Ebola Virus (EBOV) and its related species cause hemorrhagic fevers for which there are no FDA- approved treatments. The 2014–2016 EBOV outbreak in West Africa infected over 30,000 people, killing more than 11,000. This was the largest outbreak to date and Liberia was the unfortunate epicenter. In Liberia, EBOV cases were reported in every county. While preventative and therapeutic agent developments have received much attention, prophylactic measures involving Liberian communities have seen much less attention. In Liberia, dogs may warrant surveillance as they routinely interact with animals of the forest and people within communities. Despite scavenging the excrements and even bodies of infected individuals during the outbreak, dogs reportedly remained asymptomatic for EBOV. In collaboration with the University of Liberia and the Leon Quist Ledlum Central Veterinary Diagnostic Laboratory of Liberia, our team used a multiplex Luminex-based assay to detect dog antibodies (IgG) binding recombinant filovirus antigens or LASV glycoprotein in samples from animals that were present during the EBOV outbreak. We identified several communities in which 100% of dogs showed IgG responses reactive to one or more filovirus antigens. This preliminary report establishes the feasibility of conducting EBOV seroprevalence studies in resource poor outbreak sites in Africa using modern and economical serological assay techniques.

Copyright: © 2019 Haun et al. This is an open access article distributed under the terms of the Creative Commons Attribution License, which permits unrestricted use, distribution, and reproduction in any medium, provided the original author and source are credited.

Data Availability: All relevant data are within the manuscript.

Funding: This research was supported by institutional funds and research grants (R01AI119185 and R01AI132323) to ATL, infrastructure support by grant (P30GM114737) from the Centers of Biomedical Research Excellence, National Institute of General Medical Sciences to ATL and VRN, and grant (D71TW010434) to OIW and VRN from the Fogarty International Center, National Institutes of Health (NIH). KGM and MT were supported by the Minority Health International Research Training (MHIRT) program grant (T37MD008636) from the National Institute of Minority Health and Health Disparities, NIH. The funders had no role in study design, data collection and analysis, decision to publish, or preparation of the manuscript.

Facts, data, info, expert opinion and a reasonable, occasionally grumpy, voice on viruses: what they are, how they tick and the illnesses they may cause.